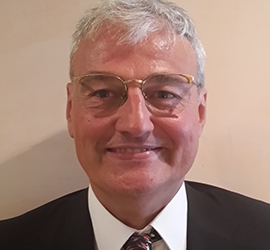 He holds a degree in Economy and Commerce from Modena University; he is registered as a Chartered Accountant (Modena register) and as an Auditor. He is also on the Official List of Technical Consultants of the Court of Modena and the List of Professionals delegated for the foreclosure auctions of real estate and registered immovable property.
He practices as a Chartered Accountant as a partner in Studio Associato Dottori Commercialisti.
He acts as a technical expert for the Court of Modena in civil cases, prepares real estate allocation plans for the sale of property in foreclosure auctions, acts as an expert in the preparation of estimates for extraordinary corporate transactions, is involved in inheritance trustee issues and acts as support administrator, guardian, receiver and judicial commissioner in pre-bankruptcy agreements.
He acts as Auditor in the Regional Union of Chambers of Commerce and Provincial Chambers of Commerce and is voluntary liquidator of commercial companies, intermediary at the Provincial and Regional Tax Commissions, technical consultant in criminal proceedings of a financial nature, Chairman of the Board of Statutory Auditors in financial companies subject to the supervision of the Bank of Italy and Statutory Auditor in commercial companies with public capital.
He is currently a Standing Auditor of BPER Banca S.p.A.
Within the Group he has held the following positions: Chairman of the Board of Statutory Auditors of Banco di Sardegna S.p.A.; Standing Auditor of Banca della Campania S.p.A. and Director of Banca Popolare del Mezzogiorno S.p.A.
The positions currently held include: Chairman of the Board of Statutory Auditors of Consorzio Gruppo CEIS Coop. Sociale, Cooperativa Sociale CEIS Formazione; Standing Auditor CEIS A.R.T.E. Cooperativa Sociale Onlus, CEIS Fondazione, Unioncamere Emilia Romagna Servizi S.r.l.; Sole Director of Edilnova S.r.l., G &amp; G S.r.l.; Director of Bal-Fin S.r.l.; Managing Partner of Azienda Agricola Tardini s.s.; Receiver of C.E.M. S.r.l., M.P.S.
Di Pattarozzi Tiziano e C. S.n.c.; Jusicial Commissioner of Feligec S.r.l.
He has previously held the following positions: Chairman of the Board of Statutory Auditors of Azienda Agricola Alimentare Martinelli S.r.l., Consultinvest Partecipazioni S.p.A., Consultinvest S.p.A. and Planet Truck S.r.l.; Standing Auditor of Archimede S.p.A., IN.TE.SA. S.p.A., Commersald Impianti S.r.l. and Commersald S.p.A.; Sole Director of Mavilean S.p.A., Azienda Agricola Vezzali &amp; Ferrari S.r.l., B.M.T. S.r.l.; Director of Sassuolo Sviluppo S.r.l., San Lorenzo - SL S.p.A.; Limited Partner in Tarulì S.a.s.; Trustee of GL Scavi S.r.l., di Volley Modena S.r.l. and Elettroart S.r.l.; Receiver of BI Servizi S.r.l., Ferrari Anna and Risorse Tre S.r.l., Machì Coperture di Polidori Cinzia.