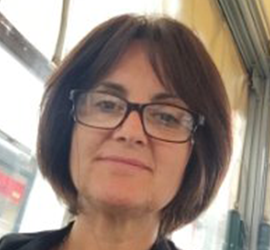 She has extensive professional experience in the Italian and international banking and financial sectors, which started in Banca Commerciale Italiana and which continued in Royal Bank of Scotland (RBS) and, then, in Rabobank, where she became the first country manager for Italy, and subsequently, head of the Corporate Division for Europe.

She provides consultancy to corporates on business strategy, governance and risk management.

She is currently a Director and Chairman of the Executive Committee of BPER Banca S.p.A.

She is also an independent Director and a Member of the Control and Risk Committee of  Marr S.p.A.