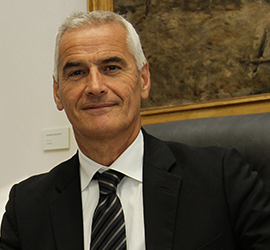 Pierpio Cerfogli graduated in Economics at the University of Modena.

Since 1 April 2014 he has been Vice General Manager of BPER.

He currently holds the following positions: Deputy Chairman of Emil-Ro Factor S.p.A., Member of the Board of Directors of Arca Assicurazioni S.p.A., of Arca Vita S.p.A, and of  the Camera di Commercio, Industria, Artigianato e Agricoltura (Chamber of Commerce, Industry, Crafts and Agriculture) of Modena.