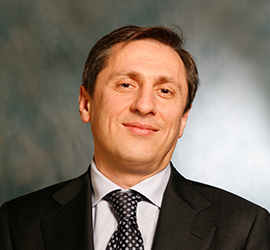 He holds a degree in Economics and Business Studies from Università Cattolica del S. Cuore, Milan and is a qualified Chartered Accountant.

He is a full professor of Corporate Finance at Università Cattolica del S. Cuore, Milan.

He has also lectured at the Piacenza campus of Università Cattolica, at Università della Svizzera Italiana and at Bologna University.

He currently holds the position of Director of BPER Banca S.p.A.

He is also Chairman of the Nominations Committee of the Bank.

He is currently Chairman and Member of the Control and Risk Committee of Erg S.p.A.