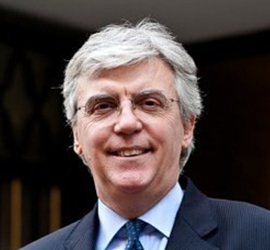 He holds an honours degree from Modena University and furthered his studies in America at the Massachusetts Institute of Technology and the University of Yale.

In 1982 he started his career as an economist in the Studies Office of Banca Commerciale Italiana. He has many years of experience as a manager in the banking sector, specialied in asset management.

Currently he is a lecturer in Finance and Economics and in Economics of Financial Intermediaries at Bocconi University, Milan and is a business consultant.

In the past he has taught Monetary Economics at Università Cattolica del Sacro Cuore, Milan.

He is currently a Director and a Member of the Executive Committee of BPER Banca S.p.A.