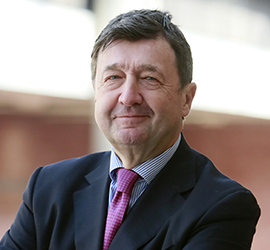 Giuseppe Capponcelli was born in San Giovanni in Persiceto (BO) on 18 maggio 1957.

He holds an honours degree in Electronic Engineering from the University of Bologna. He started his career in IBM and continued in Olivetti with roles of increasing responsibility.

He currently holds the position of Deputy Chairman of BPER Banca S.p.A.

He is Deputy Chairman and a member of the Strategic Committee of Nexi SpA (ex ICBPI) and serves on the Board of Directors of Oasi S.p.A. (Nexi Group) and Unione Fiduciaria S.p.A. He is furthermore advisor to the investment firms: Advent International, Bain Capital and Clessidra.