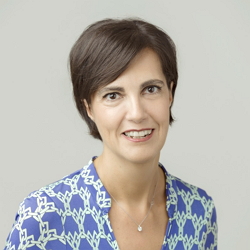 After initially working at Lehman Brothers’ London office in the “Mergers & Acquisitions”, “Equity” and “Fixed Income Origination” teams, in September 1996, she joined J.P. Morgan as an Associate in the “Fixed Income Origination” group, dedicated to structuring new bond issues for Italian banks and local entities. In October 1998, she was promoted to Vice President of the group dedicated to the sale of bond products to Italian banks and their foreign branches, specialising in the distribution of credit products and their derivatives.

Between October 2001 and December 2004, as Executive Director, she headed a group of four people dedicated to the distribution of bond credit products and their derivatives to institutional customers in Italy.

From 2007 to 2008, she also handled the development and distribution of fixed income and credit products to domestic corporate customers.

Since January 2009, she has provided independent financial advice and family office solutions through Studio C&C, of which she is a founding partner. The services offered include consultancy for strategic operations, analysis of specific products (for example in terms of risks and returns) and financial matters in general, analysis of financial insurance products, reconciliation and simplification of bank reporting and relative accounting, management of financial portfolio performance, and optimisation of Wealth Management practices relating to the protection and transfer of assets.

Between April 2016 and April 2019, she was an Independent Director of Unipol S.p.A., as well as a Member of the Appointments and Corporate Governance Committee and of the Remuneration Committee.

At present, she is an Independent Director of BPER Banca S.p.A., as well as a Member of the Appointments Committee and the Remuneration Committee.

She is also an Independent Director of Recordati S.p.A., as well as a Member of the company’s Risk Control and Sustainability Committee and Remuneration Committee.