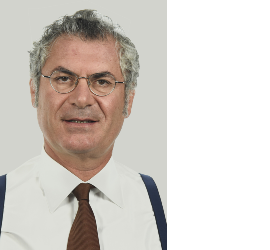 From 1990 to 1994, he gained and diversified skills and experience in the field of planning and management control at the Ferruzzi Finanziaria/Montedison Group.

From 1994 to 2000, he was Strategic Planning Officer with responsibility for  Investor Relations at Rolo Banca 1473, as well as assistant to the General Manager for M&A operations (now UniCredit).

From 2000 to 2002, he held the position of Manager in charge of the Planning Control, Risk Management and Investor Relations Service at Banca Popolare di Novara.

From 2003 to 2008  , as part of Banca Antonveneta, he first held the role of Deputy General Manager of the Bank and, then, of member of the Top Executive Group of ABN-AMRO, then Corporate Executive Vice President, Member of the Management Committee Italy, Head of Corporate Strategy Department and Head of the Organisational Integration Plan of Banca Antonveneta at the ABN-AMRO Group.

From 2008 to 2010, he was a member of the General Management of Monte dei Paschi di Siena, Head of the Planning and Control Area.

From June 2010 to September 2022, he has worked at Unipol Gruppo S.p.A., where he has fulfilled managerial duties in the areas of strategic planning, management control, mergers & acquisitions, investor relations and communication, management and development of the real estate, healthcare and hotel sectors.