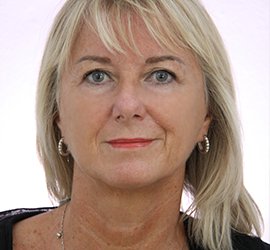 She holds an honours degree in Economics and Commerce from the University of Modena; she is registered as a Chartered Accountant and as an Auditor (listed in the Register when it was first set up) and is on the Official List of Court Experts and Technical Consultants.
She carries out her profession at Studio Professionisti, of which she is a founding partner, specializing in economic-business management, tax and company law.
She had previously set up a law firm with  Antonio Cherchi and this partnership still exists.
She provides consultancy and assistance in the following fields: financial statements, tax, preparation of business plans, contracts, analysis and execution of acquisitions, disposals and extraordinary corporate transactions in general.
She collaborates with the Courts of Modena and Bologna as a Technical Consultant in civil and criminal matters and holds positions as a Receiver and Judicial Commissioner.

She is currently a Standing Auditor of BPER Banca S.p.A.