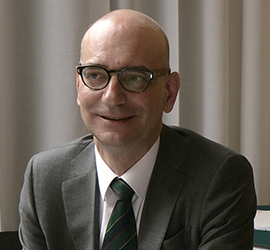 He holds a degree in  Economic and Social Sciences from Bocconi University, Milan.

After his initial experience in the the Equity Investments and Special Affairs Department of Mediobanca S.p.A. he worked in London at Lehman Brothers International (Europe) where, as Managing Diector, he was at first responsible for Mergers and Acquisitions related to the Italian market and then active in the Media & Telecommunications sector at a European level.

From October 2002 to April 2007 he covered the role of Managing Director and subsequently Deputy Chairman of the Board of Directors of UBS Corporate Finance (Italy).

From May 2007 to October 2008 he was General Manager and Chief Executive Officer of  Euraleo, a joint-venture between the Banca Leonardo Group and Eurrazeo, the French publicly-listed group, for private equity investments on the Italian market.

Since the end of 2008 he has been an independent consultant in the financial field and co-invests in business initiatives.

He is currently a Director and a Member of the Control and Risk Committee of BPER Banca S.p.A.

From October 2011 to January 2014 he was a member of the Management Board of  Banca Popolare di Milano S.c.a.r.l. and Chairman of Pro Family S.p.A., BPM group’s  consumer credit company.